i-Land is a rock band formed in Las Palmas de Gran Canaria in 2013. This quartet is noted especially for combining solid bases and smooth melodies in a very unique style. Their music reminds us of some of the great american bands and captures the audience with catchy choruses and deep messages.

Live they offer a dinamic show and a very careful staging. A highly energetic performance with a diverse repertoire that seeks interaction with the audience and includes powerful songs, touching ballads and an acoustic set, providing entertainment for everyone.

Over these years the band has performed in several music venues and festivals both on the Canary Islands, such as the "LPA Beer & Music Festival" (2017) or "La Fábrica Fest" (2017) and other cities in the rest of Spain, such as the International Festival "DD Fest II" (2017) in Madrid.

They were finalists in the music contest "Capital Sonora" (2017) and recorded a live video for "Hipermusic Sessions" (2016).

Their first single, “Will I Remember”, reached the No. 1 in the music chart "Los 40 Principales" (Canary Islands).

Their first studio album bears the name of the band: i-Land, and it was released at the beginning of 2018. This launch attracted the interest of several leading magazines within the rock music scene, which shared very positive reviews and feedback in their respective journals, as e.g. La Heavy (Spain) or Rock Hard (Germany).

October that same year, the band headed off to Japan, where they set out on their first international tour with gigs in different locations throughout the capital, Tokyo. This tour gave rise to interesting contacts and new friendships – a very enriching experience at both musical and personal level.

Currently they are recording an acoustic set with tracks of their first album together with brand new songs.

At the same time, they are working on their second album, which will also be recorded in collaboration with the music producer Miguel Gutiérrez, who joined the project in 2014 and has worked with artists such as Alicia Keys, The Police or Paco de Lucía in music studios like Abbey Road (London) or Avatar (New York). 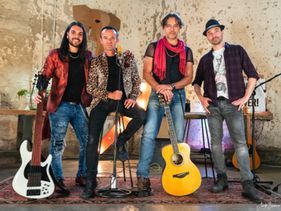 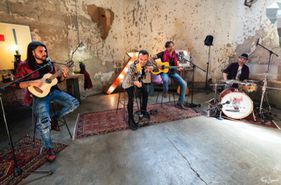 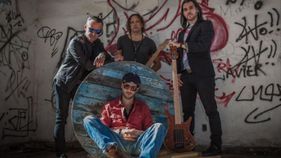